As COP26 gets underway in Glasgow, Siemens Mobility’s Paul Baines stresses the importance of the railways in achieving the UK’s net zero ambitions. However, further action is “needed now” and the railways must be considered as a whole system, including trains, track, signalling and new infrastructure requirements, if targets are to be met. 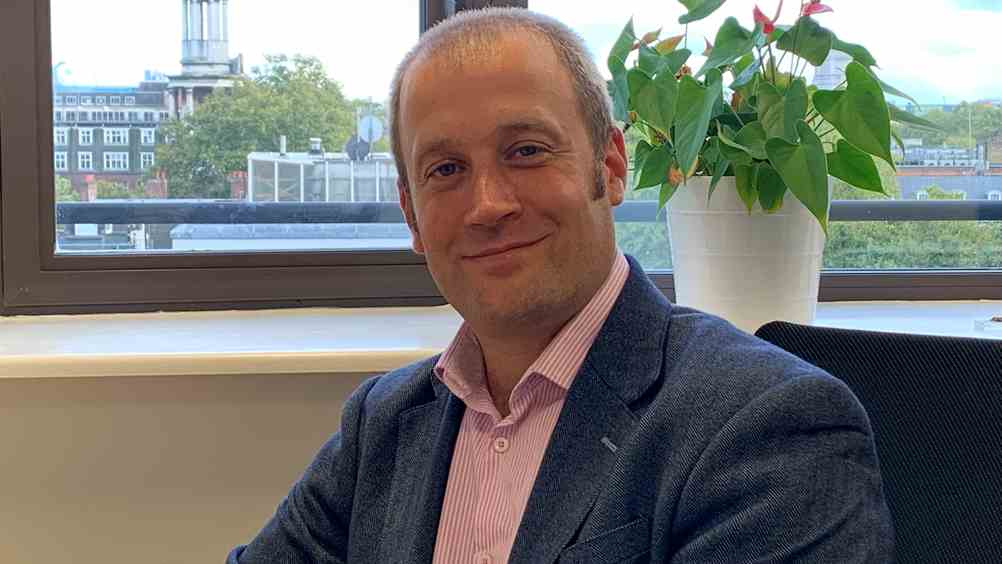 I think it’s fair for me to say that everyone knows about COP26. Or, if there are a few who have escaped the news headlines recently they’ve certainly not escaped awareness of the need to be more sustainable and help our planet.

In these next couple of weeks, during the climate change summit and beyond, we can only expect more focus on this topic. And if we’re all honest, that’s not a bad thing.

The past 18 months or so has taught us many things. We’ve learned new phrases that have become part of our everyday language: things like ‘social distancing’, ‘new normal’ and ‘Covid passport’. Equally we’ve seen that when people don’t travel much, our planet recovers. Hardly a revelation but something that’s been brought into clear focus.

But the movement of people and goods is essential for human existence and economic prosperity. So, while it would be great to say, let’s all just stop travelling, it’s really not practical or desirable.

What we must do is reduce transport emissions. The word ‘must’ is very important…it’s not an option to do nothing. Transport is the largest greenhouse gas emitting sector in the UK, but we need to travel. Now there’s a conundrum. Or is it?

It’s possible to reduce transport emissions. Norway did it. The country reduced its emissions by 10% in just one year. The Norwegian government used a combination of policy and legislation – the classic carrot and stick approach. But it worked. And we can do the same – we just need to be clever about it.

In mid-October the UK government published its Net Zero Strategy. It’s a bit of a long read but it specifically commits, transport-wise, to:

None of that is rocket science. We need to move people away from their cars to cleaner and greener forms of transport. Within Siemens Mobility we’ve been highlighting the potential to miss Net Zero targets for some time. Up until now, railway electrification proposals could have taken until 2060 and beyond to complete.

I read just recently that in 2020-21 only 179 track-km was electrified. At this rate we will still be relying on polluting diesel trains across parts of the network for more than 10 years after the UK’s legislative Net Zero date. So, there’s a real need to focus on getting railway lines electrified and bringing in alternatively powered trains fleets, whether hydrogen, battery, or a combination, to replace those diesels fleets.

The journey toward alternative fuel sources, like hydrogen for example, is not just a transport issue. But the viability of green hydrogen as an industry is key to hydrogen mobility becoming a feasible option. The National Audit Office published recently that the passenger railway in the UK spends £250m (US$342m) a year on diesel and I think that provides a real opportunity for investment in the infrastructure needed to switch to alternative fuel sources. There are a number of potential options for this, for example the cross-country route from Aberdeen to Penzance in the UK, which could make a real difference.

It’s about us looking at the railway as a whole system – including trains, track, signalling and new infrastructure requirements. We need to use the latest innovations to electrify infrastructure where possible. And it doesn’t need to be costly either with clever bits of kit already available that minimize the need for expensive, time-consuming construction projects. We can use lower-carbon materials too.

And of course, we need to make it all easy for people to swap their cars for a greener option. If we don’t address that first to last mile element and make it easy for people to plan and book the whole of their journey in one place, then we’ll fail. And let’s not even talk cost. We can’t have a situation where it’s cheaper to travel domestically by air than by rail. That’s just crazy. We need to be sensible here.

What’s important though is the need for action now. The cycle of new train procurement to delivery is between 5-7 years, and large infrastructure projects – with the best will in the world – aren’t completed in just a few weeks, so we don’t have time on our side.

So, for me I welcome the current news focus. If it’s repetitive it’s for good reason. But news reports can only get us so far, it’s the partnership between government and industry and the education of us all that will ultimately make a difference. Let’s just make sure it starts right away.