Get on track: train alternatives to short-haul flights in Europe

One third of the busiest short-haul flights in Europe have train alternatives under six hours, whereas many trips could be made easier by train, according to research by OBC Transeuropa (OBCT) commissioned by Greenpeace EU. 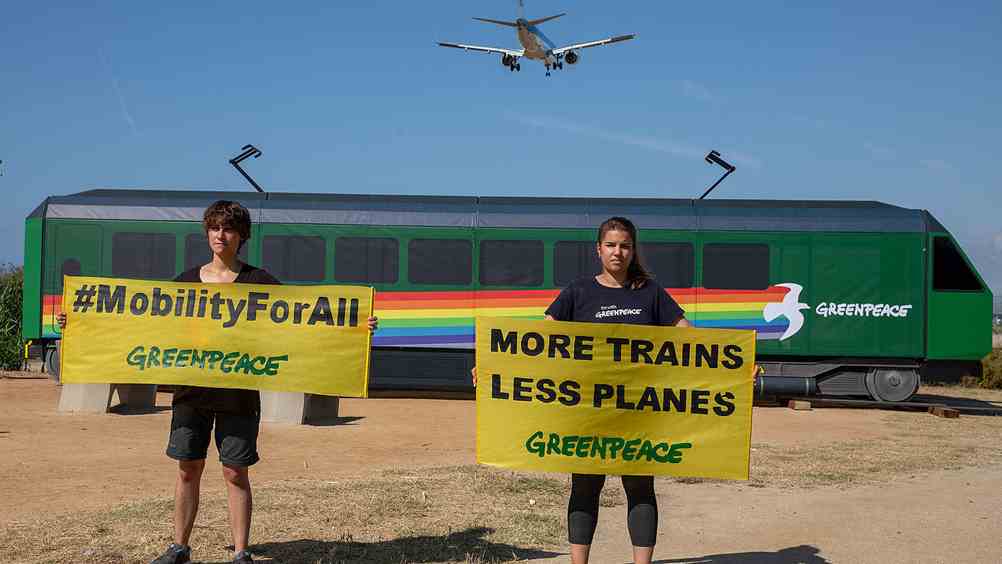 The aviation industry is one of the most climate-damaging and unfair industries on earth. In recent decades, aviation has been the fastest-growing source of greenhouse gas emissions (GHG) in Europe (+29% between 2009 and 2019 in the EU) and the industry plans to return to pre-Covid air traffic levels by 2024, doubling air traffic globally by 2037. 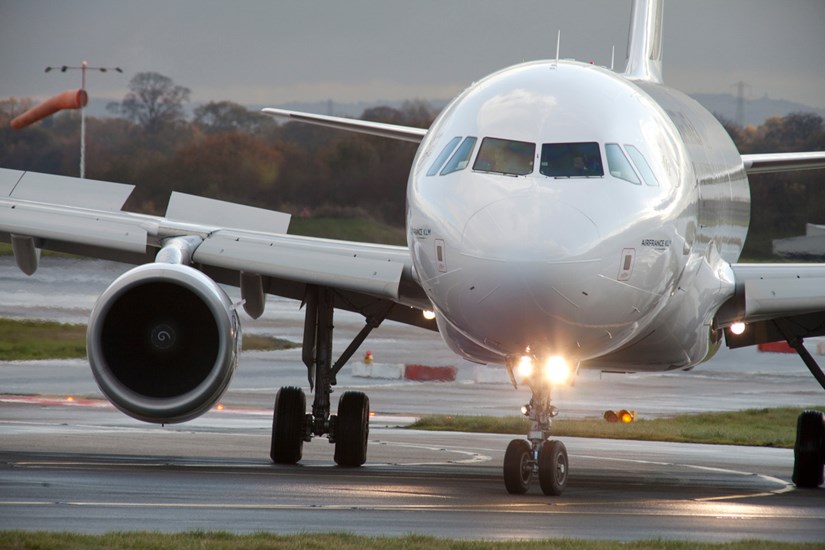 While governments have supported the aviation industry via increased investments, bailouts and other subsidies paid with taxpayers’ money, the rail industry has suffered as a consequence. Less than 7% of passenger transport in the European Union happens by train.

Scientists have long warned that the 1.5°C warming limit is still within reach, but only with rapid emission cuts that bring carbon emissions to net zero and beyond. A reduction in air traffic is necessary to limit global warming to 1.5°C but without political action to counter its growth prospects, the aviation industry will have consumed 27% of the global carbon budget for 1.5°C by 2050.

Only 1% of the world population flies and is responsible for half of global aviation emissions, with many frequent flyers being European. If current trends continue, the aviation industry will be a major contributor to climate collapse.

We must completely change the way we move. Long haul flights account for the largest chunk of CO2 air transport emissions (half of European aviation’s CO2 emissions come from flights over 4000km), and must clearly be reduced. However, in this report we only focus on short-haul flights, for which trains are a readily available and climate-friendly alternative.

Short-haul flights (under 1,500km) account for a quarter of EU aviation emissions. In addition to the CO2 impact, the non-CO2 impact of air transport (e.g. oxides of nitrogen (NOx), soot particles, water vapor) is two times worse than its CO2 emissions, as demonstrated by independent scientists and confirmed by a study published by the European Commission.

Compared to trains, the climate impact of short-haul flights is completely disproportionate.

We must encourage and enable travel that prioritizes sustainability, and the future of humanity. 62% of Europeans support a ban on short haul flights, according to a survey conducted by the European Investment Bank (EIB) and a large majority support the development of daytime and night trains.

The EU must stop flying into the climate crisis, and implement a serious plan to revitalise our railways, instead of continuing to support air over rail. Rather than trying to return to the unsustainable air travel volumes of the past, we should focus on adopting less polluting and more climate-friendly solutions. A ban on short-haul flights where there are already greener alternatives, like trains under six hours, would be a good start.

In the next issue of Electric & Hybrid Rail Technology, we will be exploring how some countries in Europe have already banned certain short-haul domestic flights and how the move has contributing significantly to reducing carbon emissions. The issue will be available from mid-December.