The first of three DMU trains for San Bernardino County Transit Authority (SBCTA) has left Stadler’s Salt Lake City manufacturing facility in the US. This is the second project Stadler has delivered to a transit authority from its Salt Lake City location, after delivering trains to Trinity Metro’s Texrail line in Fort Worth, Texas, in 2019. 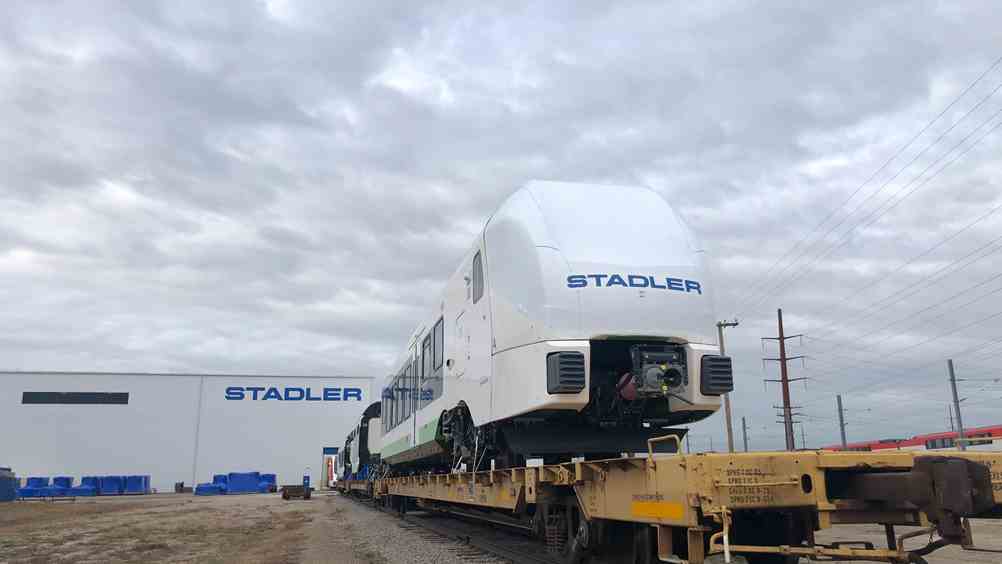 The trains operate on a nine-mile commuter route with five stations in the corridor between the San Bernardino Transit Center and the University of Redlands.

“We are pleased to deliver these state-of-the-art vehicles to San Bernardino County this year. We are confident that our DMUs will allow SBCTA to provide excellent passenger rail service to their customers and that passengers will enjoy travelling on the new trains after successful completion of testing,” said Martin Ritter, CEO Stadler US.

“This is just the beginning of a longstanding relationship between Stadler and SBCTA. As we finish up the DMU project we have already started the next project for SBCTA: the hydrogen train FLIRT H2,” said Ritter.

“This initial shipment represents the culmination of a lot of hard work and collaboration to improve transit options in San Bernardino County,” said Curt Hagman, president of SBCTA. “It is also the pivotal first step to bringing cleaner transit technologies that will effectively move our residents throughout the region.”

In addition to the three DMUs, in 2019 SBCTA and Stadler signed the first ever contract to supply a hydrogen-powered train, to run in the United States. The hydrogen train FLIRT H2 is currently in development in Stadler’s headquarter in Switzerland and is planned to be introduced in 2024 as part of Arrow.