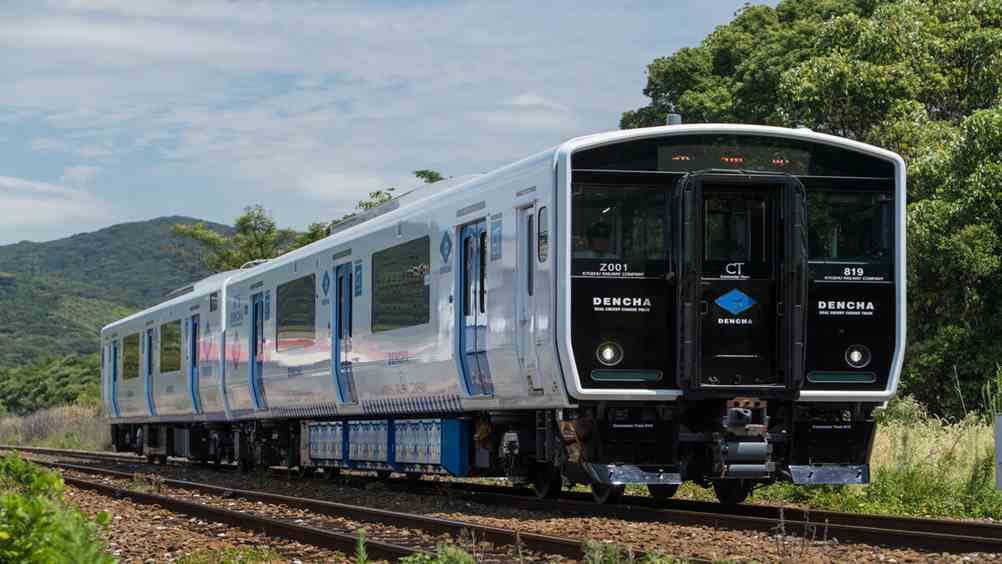 The BEC819 series trains – branded Dencha – completed its first journey between Wakamatsu and Orio in Japan in October 2016 and have since completed over five million kilometers in passenger service in the northern Kyushu region.

With a top speed of 120 km/h, nearly 80% of the distance covered – four million kilometers – by the 18-train fleet has been on non-electrified sections of the route.

The trains have significantly reduced the railway’s impact on the environment, saving more than 2.7 million kg of CO2 from being emitted into the atmosphere over the five-year period. Furthermore, the trains are far quieter than the diesel trains they replaced and release no NOx emissions.

The DENCHA fleet was introduced to the Kyushu region of Japan to replace ageing diesel trains. Due to the relatively low traffic volume, electrification was not seen as an ideal solution for the line, instead battery technology offered reduced fuel costs and fulfilled the mission to be “friendly to the future of people and the planet”.

The success of the Dencha fleet, operated by JR Kyushu, has been the starting point for Hitachi’s development of alternative fuel transport solutions worldwide. The company, which is the principal sponsor for mobility at the COP26 UN climate change conference, has created Masaccio regional battery trains in Italy, battery trams in Florence and plans to trial an intercity battery hybrid train in UK. It also is part of a partnership with JR East and Toyota to develop hybrid (fuel cell) test vehicles, known as the HYBARI, scheduled to start running next year in Japan.