Campaign for Better Transport is calling on the UK Government to ban some domestic flights and do more to promote rail as a greener alternative to help tackle climate change. 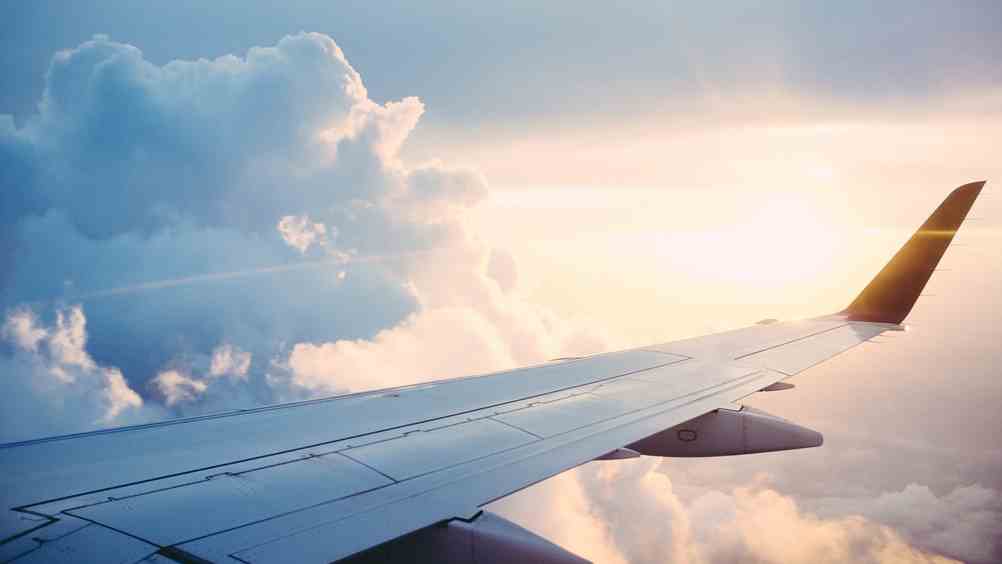 The national transport charity is calling for measures to curb the number of domestic flights with a ban on certain routes and the equivalent train journey made cheaper, along with mandatory emissions labelling on airplane tickets.

It also wants to see Air Passenger Duty (APD) maintained – rather than cut in the upcoming budget as the government has indicated it might – and a frequent flyer levy introduced.

The plan would mean an end to flights between Manchester and London, London and Edinburgh, and Birmingham and Glasgow, with people offered cheaper train tickets instead, and anyone taking more than three international flights a year would be required to pay a frequent flyer levy.

Paul Tuohy, Campaign for Better Transport’s chief executive, said, “Cheap domestic flights might seem a good deal when you buy them, but they are a climate disaster, generating seven times more harmful greenhouse emissions than the equivalent train journey. Making the train cheaper will boost passenger numbers and help reduce emissions from aviation, but any cut to air passenger duty – coupled with a rise in rail fares in January – will send the wrong message about how the government wants people to travel and mean more people choosing to fly.

“The government has led the way with bold climate ambitions, now it needs to take similarly bold actions to make those ambitions a reality,” he added.

Work is already being undertaken in the UK rail sector to make the train an attractive alternative to the plane. For example, a new 100% electric rail service has started running between London and Edinburgh this month in a bid to encourage greener and more affordable travel between the two capitals. Called Lumo, the service will provide low-carbon, affordable long-distance travel for more than one million passengers per year. Over 74,500 passengers currently fly between Edinburgh and London each month, according to UK Civil Aviation Authority figures.

Campaign for Better Transport is warning that without further measures to help reduce emissions from transport, the UK will struggle to meet its climate commitments. With the Budget falling just days before the start of the UN Climate Conference COP26 in Glasgow, the charity warns that any cut to APD will damage the UK’s environmental credibility ahead of the international conference.

Campaign for Better Transport argues that many of the most popular domestic flights can be completed by direct train instead, bringing us closer to achieving net zero carbon emission. When check in and landing times are factored in, many of the journeys take a similar amount of time by train, but the charity argues one of the reasons people fly is the cost of the equivalent train journey and that more could be done to ensure rail is always the cheaper option.

To prove the benefits of travelling by train, Campaign for Better Transport’s Paul Tuohy and Norman Baker ‘raced’ from London’s Piccadilly Circus to George’s Square in Glasgow on Friday, October 8. Door to door the plane journey was two minutes quicker but released almost seven times the amount of greenhouse gases. Read more here. 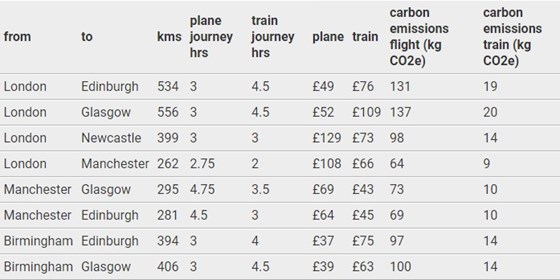 * Fastest direct flight (where available) according to: https://www.finance.co.uk/travel/flight-times-and-durations-calculator, plus 90mins check in/boarding and 15mins landing/arrivals.

* Cheapest one-way ticket for a journey on October 8. Prices taken from skyscanner.netand www.trainline.com on September 28, 2022.

* Carbon emissions include indirect emissions and are calculated by multiplying journey kms by the conversion factor for CO2e per passenger km. Source: https://www.gov.uk/government/publications/greenhouse-gas-reporting-conversion-factors-2021