Alstom has signed a collaboration agreement with Liebherr aimed at optimizing hydrogen systems, including improving the reliability and durability of fuel cells, increasing their power density, and reducing the cost of such solutions. Liebherr, a French-based company, specializes in the manufacture of compressors for fuel cells. 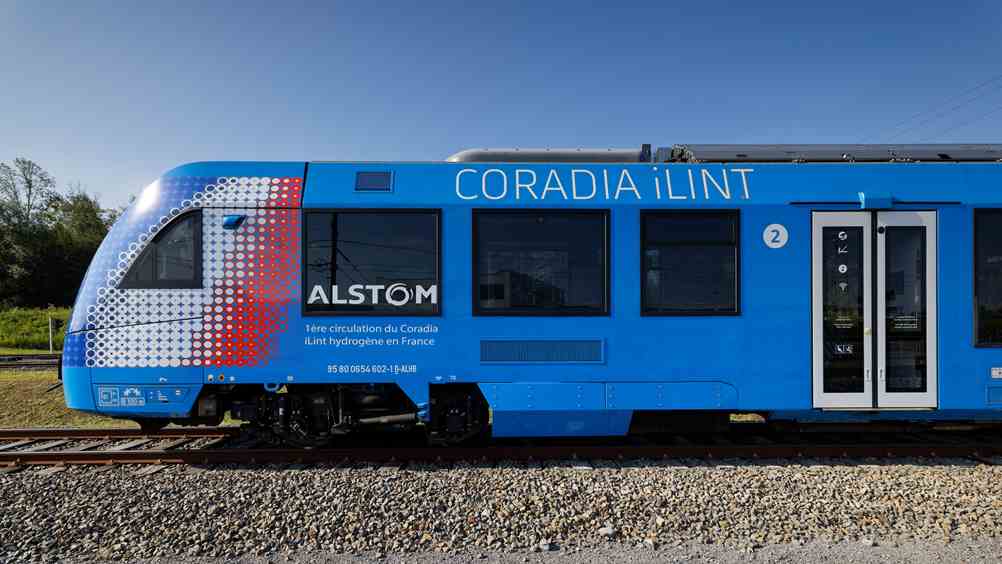 “Alstom has made sustainable mobility one of the pillars of its strategic plan, Alstom in Motion 2025. Our ambition is to accelerate the adoption of hydrogen in the rail industry and to develop innovative solutions in the context of the greening of heavy mobility, including regional trains, shunting locomotives and freight locomotives,” said Jean-Baptiste Eyméoud, president of Alstom France. “To develop a hydrogen ecosystem, particularly in France, we need to mobilize the public authorities and all the players in this sector. As in many fields, we are innovating with structuring partnerships, including with SNAM, Plastic Omnium, Hynamics (EDF), Eversholt and now Liebherr.”

Following the acquisition last April of Helion Hydrogen Power, an innovation start-up specializing in high-powered fuel cells, Alstom has now chosen to collaborate with the Liebherr group, which has a strong presence in the Southwest of France.

Leveraging its extensive experience in fuel cell technology for automotive and aerospace applications, Liebherr, as a supplier of turbochargers to fuel cell system integrators, will play a major role in the process of reducing emissions from rail transport.

This collaboration between Alstom and Liebherr is an additional asset in the development of Alstom’s hydrogen business, which relies, among others, on Alstom’s site in Tarbes in the Soutwest of France – a global center of excellence for green traction systems, and on the Alstom Hydrogène site in Aix-en-Provence, which covers the entire high-power fuel cell value chain and focuses mainly on the energy and transport markets, in France and internationally.

In addition, Alstom signed an agreement with Snam (Società nazionale Metanodotti), Italy’s leading natural gas transport company, in 2020 to develop hydrogen trains and associated infrastructure. Alstom will be responsible for the production and maintenance of the hydrogen trains – new or retrofitted, while Snam will develop the infrastructure for the production, transport and refueling of these trains.

Alstom also announced last month that it had signed a memorandum of understanding with Plastic Omnium, a major player in hydrogen mobility, for the development of high-end hydrogen storage systems for the rail sector.

Finally, Alstom recently announced a partnership agreement with Hynamics, a subsidiary of EDF Group, to define an international refueling standard that will help limit the immobilization of hydrogen trains during refueling.

Alstom has been working since 2013 on the launch of a regional train equipped with hydrogen fuel cells: the Coradia iLint. The first two 100% hydrogen iLint trains entered commercial service in 2018 in Germany and, to date, 41 trainsets have been ordered in Germany and successful trials have taken place in Austria, the Netherlands, Poland, Sweden and France.

In addition, Alstom announced in 2020 that it would supply six hydrogen fuel cell trains based on the Coradia Stream regional rail platform, with an option for eight more, to Ferrovie Nord Milano, the main transport and mobility group of the Lombardy region, in Italy.

In 2021, France also joined the circle of “founding countries” with an order from SNCF for 12 Coradia Polyvalent Regiolis dual-mode trainsets for the regions of Auvergne-Rhône-Alpes, Bourgogne-Franche Comté, Grand Est and Occitanie.

Finally, Alstom and Eversholt Rail, leading British train owner and financier, have recently announced a MoU aimed at delivering the UK’s first new hydrogen train fleet. This fleet of ten three-car hydrogen multiple units will be built by Alstom in Britain, based on the latest evolution of the Alstom Aventra platform, and the intention is that final contracts for the fleet will be signed in early 2022.