On transportation day at COP26 in Glasgow, train manufacturer Alstom and train owner and financier Eversholt Rail have announced a Memorandum of Understanding aimed at delivering the UK’s first-ever brand-new hydrogen train fleet. 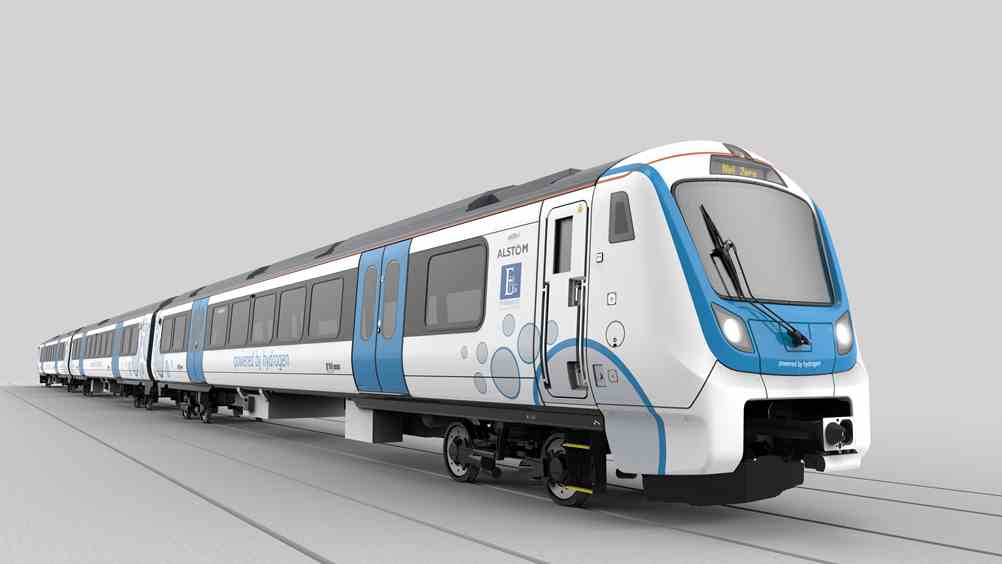 The two companies have agreed to work together, sharing technical and commercial information necessary for Alstom to design, build, commission, and support a fleet of ten three-car hydrogen multiple units (HMUs). These will be built by Alstom in Britain. The new HMU fleet will be based on the latest evolution of the Alstom Aventra platform and the intention is that final contracts for the fleet will be signed in early 2022.

Eversholt Rail and Alstom are committed to taking a leading role in supporting the UK and Scotland Government ambitions to decarbonize its rail sector by 2040, and the Scottish Government’s objective of doing so by 2035. Alstom was the first company in the world to produce a hydrogen powered train – the Coradia iLint – which is in operational service in Germany.

Nick Crossfield, Alstom’s managing director, UK & Ireland said, “COP26 is a reminder of just how urgent the need to decarbonize our world is. Rail is already the lowest emission transport mode, but we can do even more, and I am delighted that we have concluded this agreement with our friends at Eversholt Rail which will lead to Britain’s first ever fleet of new hydrogen trains.”

Mary Kenny, Eversholt Rail’s CEO added, “It is important that we start sooner rather than later to decarbonize UK Rail if we are to meet the 2050 ‘net-zero’ target. Hydrogen propulsion will play an important role, and this project with Alstom will demonstrate how the private sector can work together to make a difference.”

Alstom and Eversholt Rail have previously worked together on a hydrogen rolling stock solution for the UK rail sector, through the proposed conversion of an existing EMU to hydrogen power – the ‘Breeze’ project. Both companies now believe that there is a market for a fleet of new trains for use by train operators across Britain. The breadth, depth of knowledge and experience gained from the Breeze project, together with stakeholder feedback on future fleet strategies, has been invaluable in shaping the product planning.