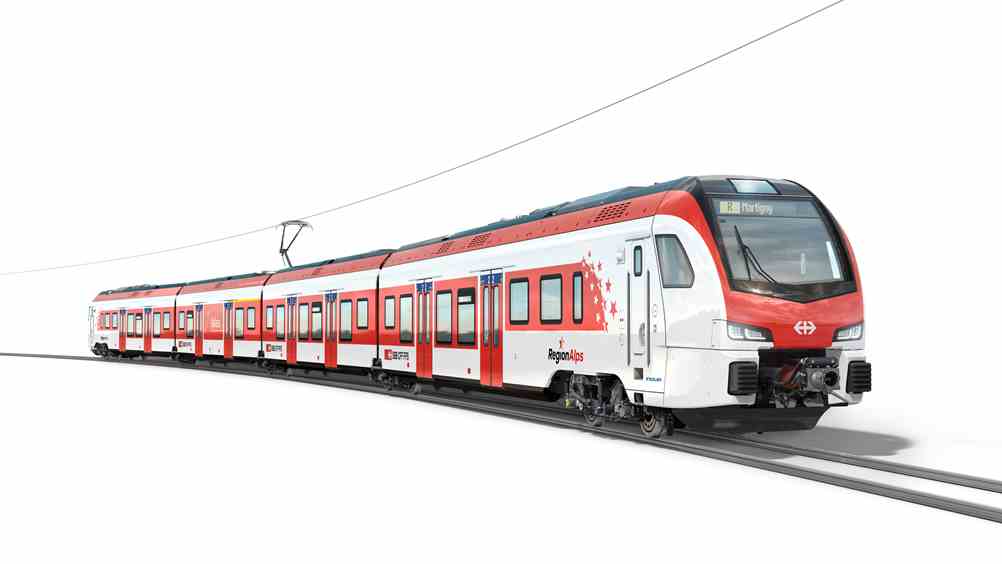 The contract comes after a long tender and procurement process for new multiple units which began in May 2020. The Flirt model from Stadler is a single-decker electric multiple unit for local and long-distance services.

The new trains will replace older ones reaching the end of their life cycle and they will be authorized to operate in Switzerland, Germany, and Austria. According to Stadler, this contract represents the largest tender in Swiss rail history.

The first trains are expected to enter operation for SBB and its subsidiaries Thurbo and RegionAlps in December 2025. The trains will gradually replace the existing rolling stock by a provisional deadline of 2034.

The newly procured vehicles will help all three railway companies to implement their planned improvements to services as well as the service expansion projects planned by the Swiss Confederation and the Cantons.

According to SBB, by taking a joint approach to procurement and purchasing a homogenous fleet, SBB, Thurbo and RegionAlps are simplifying rail operations and making a significant contribution to ensuring public transport is competitive and attractive for railway customers.

“We are proud that our proven FLIRT concept has once again achieved international success. We would like to thank SBB for the trust they have placed in us,” said Peter Spuhler, executive chairman of the board, Stadler.